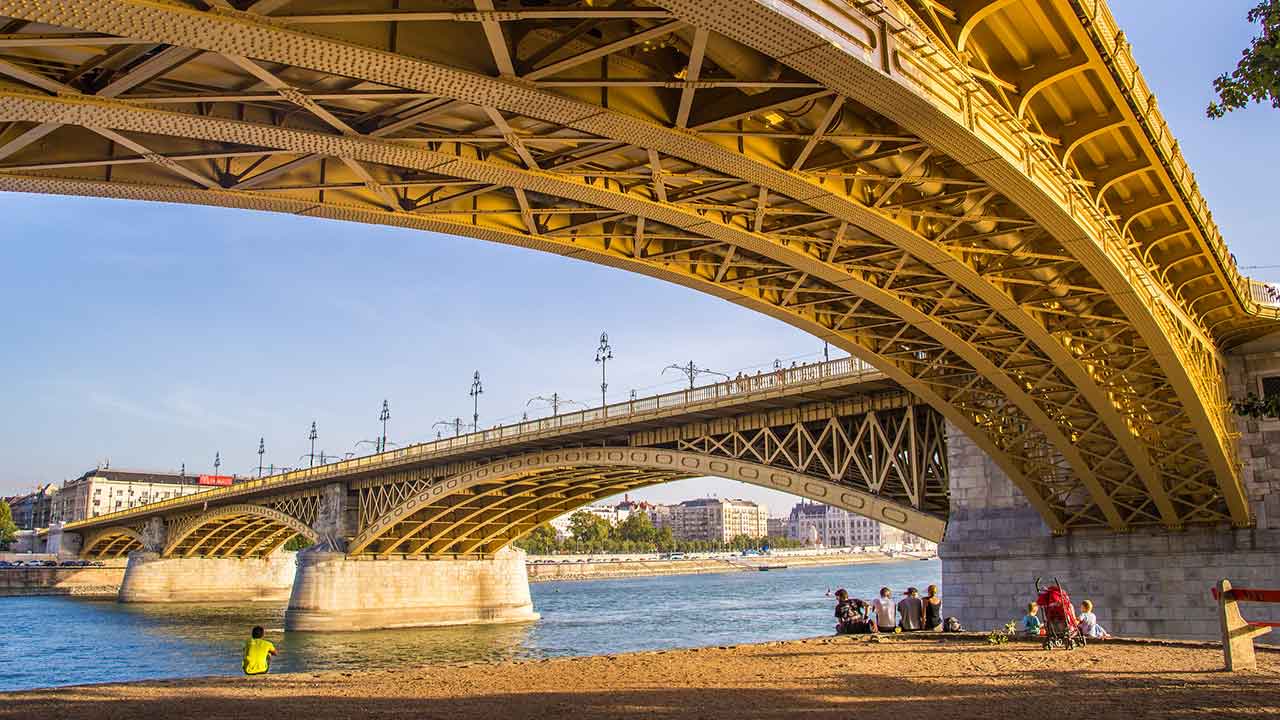 STRUCTURAL DESCRIPTION
The multi-span bridge (spans:74 – 83 – 88 – 88 – 83 – 74 m), links Buda and Pest was built in 1876 based on Ernest Gouin design. It was extended with another bridge linking to Margaret Island in 1900. The bridge except this extension bridge was destroyed in World War 2. Bridge was rebuilt using six main riveted steel arches with reinforced concrete deck each span. In the following 60 years bridge deteriorated, the slab has broken in many places therefore, reconstruction became necessary at the turn of the millennium.

RECONTRUCTION
The old RC slab was replaced with a new orthotropic steel deck during reconstruction. More posts were installed between the main arches and the girders in accordance with the original design and braced with cross bracing.
Several building stages was checked during reconstruction works e.g. splitting of the bridge along to two (3-3 main arches in half-bridge), work stages and loading of the gantry crane or demolition stages of the RC deck.

The forces between the main arches and the girders were modelled with link elements, the eccentric connections were modelled using rigid bodies. Along the global structural model we have created several smaller (local) models as well to check connections of cantilevered elements.”

We use cookies to ensure that we give you the best experience on our website.
If you continue to use this site we will assume that you are happy with it. Read More